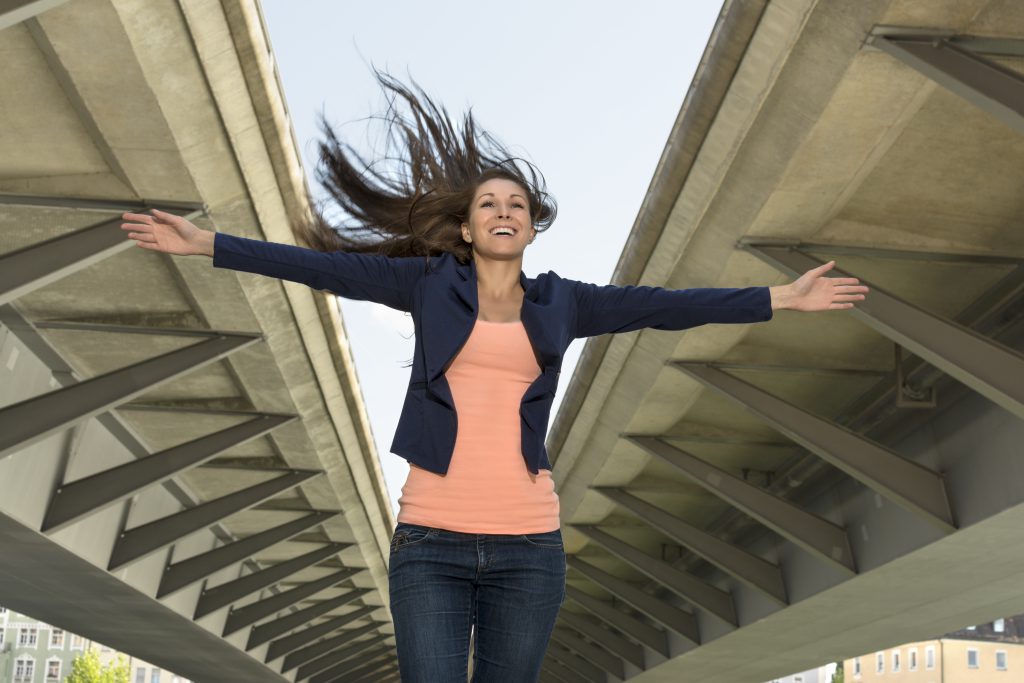 Prior posts described the Anatomy of BELIEF, outlining the complex relationships that exist between the three layers of the human brain, and the Power of BELIEF, the sine qua non of any successful venture. This article shows you how to train your brain to reliably, consistently ensure success. When you BELIEVE, you will enjoy abundant WHealth!

Let’s go back to where we started. Human beings stood out from their mammalian peers when we added a massive cerebral cortex to our brain. This gigantic leap added thought and reason to our weaponry. The most obvious advantage is our problem-solving ability. We are able to apply complex intellectual reasoning to address challenges and create opportunities for success. For us to take full advantage of the huge selective advantage conferred by the cognitive layer of our brain, we need to engage it in liberating us from the restrictive doubts imposed by our primitive brain. We need to employ our cognitive powers to flood our brains with positive ideas, indirectly influencing and coopting the emotional brain in a way that our desires become so strong that they transform into BELIEF. That’s when we tap into the full power of the human brain. That’s when we enjoy success. That is what every highly successful person has learnt to do.

BELIEF drives success, almost automatically. Of course, BELIEF needs to be transformed to appropriate actions. And actions need to overcome both expected and unexpected obstacles. This doesn’t happen in a flash, it takes time. But BELIEF is the fuel. It provides the energy, the resilience, the patience and the strength required to “get it done”. The fact that it takes time makes it harder. A moment of BELIEF is easy. I have them all the time – often at 2am! By the time I wake up to shower and dress, my trusty reptilian brain has generously offered to protect me from the pain of failure, and flooded my brain with doubt. You may have to work actively to uphold your BELIEF for a long time in order to deliver success. Successful men and women know how to do this.

Wisdom comes from knowing which doubts should be taken seriously. My fervent advice is to fight against doubt as hard as you can. It is your default. Doubt is like gravity. It is there to pull you down. Gravity doesn’t need any help. If you want to fly, you must overcome it! You have to BELIEVE that you can, as Orville and Wilbur Wright did.

Study any highly successful person, and you’ll find that BELIEF is the secret behind their success. Nelson Mandela lived behind bars for 27 years, never giving up hope for a free and fair South Africa, because he BELIEVED. Neil Armstrong took his “small step for man, and a giant step for mankind” becoming the first human being to set foot on the moon, because he and his NASA colleagues BELIEVED. Helen Keller would not let the loss of two senses (sight and sound) stop her from becoming a highly impactful socio-political activist, because she BELIEVED. Charismatic British billionaire Sir Richard Branson turned a tiny student newspaper into a leading record label and then a mega-corporation that includes his flagship Virgin Atlantic airlines, because he BELIEVED unrelentingly in his vision.

How do you train your brain to BELIEVE? Here are 10 suggestions:

Empathize with your idea: Olympic champions do this when they practice visualization. They spend long hours building the complete image of success in their minds, using all their senses. Spend time building the mental image of success until you can see, hear, taste, smell and feel it vividly in your mind.

Repetition: Your positive rhetoric must be a daily habit, throughout the day. Write your success statement down. Learn it by heart. Say it out loud. Turn it into a song and sing it. Paste it on the wall, the roof, or the steering wheel of your car. Keep it alive.

Surround yourself with positive people: If you don’t have them, search for them, find them and embrace them. Every positive echo to your positive thoughts is like gold. “Can-do” is infectious; contagious actually.

Avoid negative people: In fact, run from them. The voice of your primitive brain is loud enough. You don’t need a team of naysayers augmenting these undermining pulls.

Practice: For most of us, this habit is new or under-developed. Practice on the small things every day.

Move along the verb (action word) list: Success is no accident; it’s a deliberate journey. Track your progress actively. Make sure that you move from imagine to want to desire to BELIEVE to plan to act to expect to demand to anticipate and finally, to celebrate success. You may move back and forwards along this continuum. That’s OK. Write down where you are today, and use the power of the cognitive brain to ensure that your entire being moves towards anticipating success.

Fake it to make it: In the early stages, you might have a desire that is not quite ready to be a belief. That’s OK, but keep the struggle internal. On the outside, project the success that you desire. I don’t suggest in any way that you become insincere. The act of designing, building and maintaining your “game face” is a powerful, reinforcing cognitive discipline.

Understand and accept the voice of your primitive brain, without legitimizing it: This is a critically important nuance to your overall success. You have now learnt about the existence of your primitive brain, and understand that it is an important part of who you are. It protects you from catastrophe. Respect it. Understand its role. Accept that it will (and should) always have an opinion. But DO NOT give it too much attention. It is much like a whiny child. You have to take heed of it. Take a quick look to see that there is no major disaster that you have overlooked, and then ignore it. Attention reinforces bad behavior. Distract, and if necessary, overwhelm it with positive thoughts!

Do first the things you’re avoiding most: I love this little tip. If you’re unsure where the voice of doubt is hurting you most, pull out your “to do” list. Look at those items that slide from day to day. They’re often the most important tasks too! The things you dread bring you closest to your inner doubt, face to face with your reptilian brain. It’s understandable that you want to stay away from this monster, but don’t give it the upper hand. We often over-estimate the time required for unpalatable tasks, justifying that we’ll get onto them when we have the time. Turn them into ten-minute challenges. You’ll be surprised how many of them start to disappear with a few minutes of concerted effort.