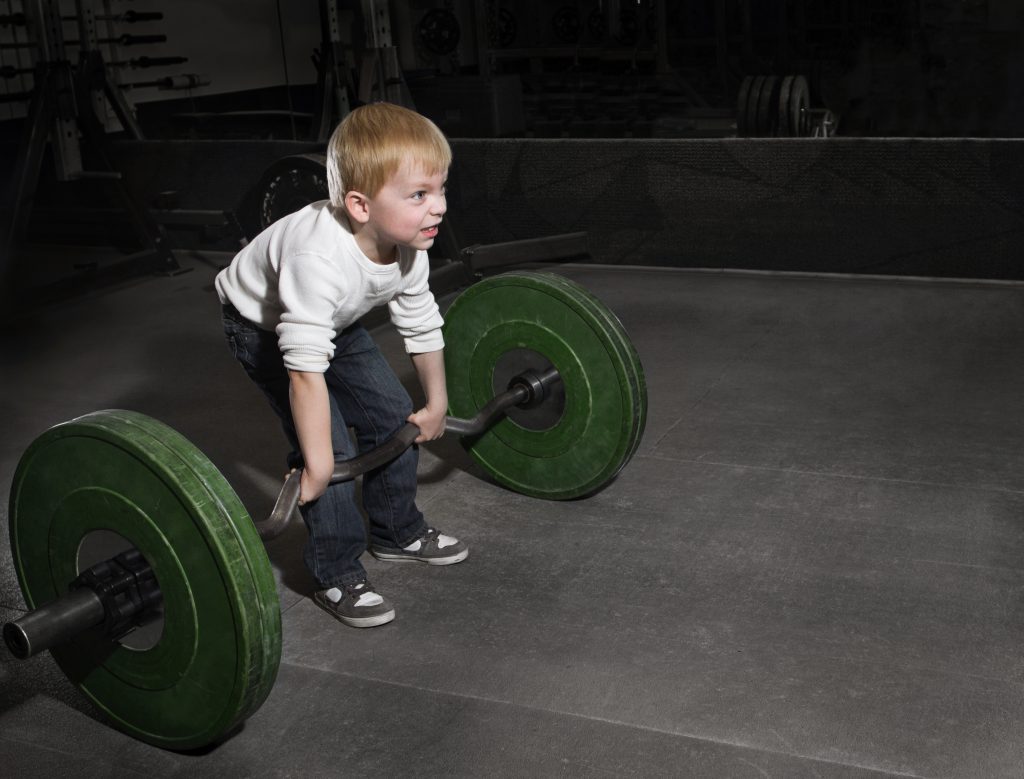 The Anatomy of BELIEF: Part 1 of 3

Wealth (without the H) is a quantifiable measure of success. It’s not my measure of overall success, but an easy one to study. What proportion of the world’s population is wealthy? A tiny percentage. True success is rare. Picture the world’s most wealthy people. Apart from the obvious luxury that many surround themselves with, what is the one thing they all have in common? The author of the idea believed so fervently that success was inevitable! The same is true for any measure of success you choose. Now remember a situation where you were really successful. Remember with every sense how that experience manifested in your life; how it felt, looked, tasted, smelled and sounded. Common to your experience and the lives of the few hugely successful people is a profound, resonating sense of confidence we call BELIEF. This is where you may be surprised: BELIEF occurs in your brain and can be built and developed. You can drive your own success!

In order to understand the role of our brain in BELIEF, we need to review the evolution of this powerful organ.

At the center of our brain, the most primitive part of our central nervous system, we supervise critical survival instincts. The primitive brain (also known as the reptilian brain) is responsible for fight and flight responses. It is the default brain we use at times of crisis. Driven by fear and adrenaline, this part of our brain drives us to flee from danger, or turn to meet it with aggression. We need our primitive brains, but if that were all we had, we would be cold survival engines, like snakes and lizards.

Finally, we humans added a massive cerebral cortex, increasing our brain to three times the size of our closest mammalian relatives. The cognitive layer in the brain introduced thought and reason to our armamentarium, and clearly differentiates us from other animals. It is a powerful organ that enables us to master our environment. You will soon understand this power. 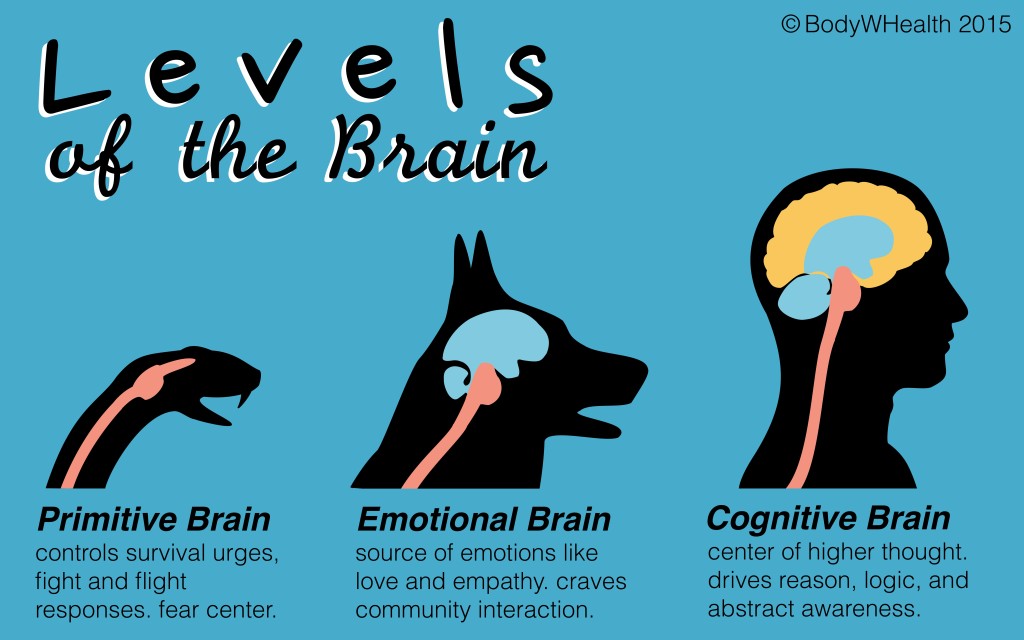 The three parts of our brain are intimately connected. Millions of nerve junctions enable messages to pass between them, moderating their influence in our lives. Our overall behavior is the composite effect of the three brain centers. In the absence of any “higher” function, the primitive brain rules with its negative, defensive messages. “Run, hide, fight”, it screams. This is useful when we are in true danger, but a disruptive influence at most other times. Both the emotional and cognitive brains can over-ride the primitive brain. Picture a calm and loving scene where your head is filled with empathy and passion. The furthest things from your mind are the “run, hide, fight” messages. Your emotional brain has silenced them. Or picture the situation where you build the courage to jump from a high ledge into the deep, inviting pool of a tranquil river. Deep down, the primitive brain is shouting its defensive messages, but your cortical brain, which has done its research and knows that it will be safe, sends quieting messages that suppress the primitive brain and enable your adventure. Some call this “mind over matter”. Finally, we know that the cognitive brain is able to influence our emotions to some extent, either positively or negatively.

Importantly, we have varying degrees of voluntary control over the three parts of our brain. We have no direct control over the primitive brain. We know from studying people with severe brain injuries that survival reflexes persist even when higher functions are destroyed. They are powerful, autonomous reflexes. At the other end of the scale, we are maximally able to influence our cognitive brains. That’s the purpose of education; to widen the exposure of our brain to different experiences and to program thought channels that enable us to more successfully activate our cerebral cortexes. The emotional brain is somewhere between the two; it has many of the features of an autonomous center, driving itself; but we can influence it indirectly via our cognitive brains, and possibly directly (think of the effect of music on mood).

How do the three parts of our brain influence BELIEF?

First, we start with an idea. This happens in our cognitive brain. We structure a mental image of something we want. We create the picture using words, perhaps mental images. We can describe to others what we want. That may be enough to drive small actions. If I am thirsty and want a drink, it’s not a huge deal to get up from my desk to get a glass of water. But to achieve something bigger, an idea alone is inadequate. We need to bring some emotion to the idea; to turn want into desire. That’s the role of the emotional brain. To achieve something big, we need a deep non-rational hunger for the success. But if we want something huge, even this is not enough. Many of us can describe scenarios that we truly desire. We have a strong, clear idea, and we also have a deep emotional hunger. We have a desire. But still, I know from the statistics of life that the vast majority of these desires go unrealized. Most dreamers do not deliver success. Why?

The reason lurks in the primitive reptilian brain. Remember its function? To protect us. As we develop ideas and desires, our primitive brains are doing exactly what they have been trained over millions of years to do. Even as we picture the slim healthy body we desire, or the castle on the hill, or the spectacular job, or the freedom to travel, our primitive brains kick into action. Instead of shouting simple commands like “run, hide, fight”, they impregnate our consciousness with “protective” messages hidden in more elaborate questions. “What happens if I fail?” “What will my friends and family think of me?” “Why should I, who have always been unsuccessful, suddenly become wealthy?” “Why should the world take me seriously now?” “Who would even listen to my concept?” Millions of brilliant ideas are thwarted every day by our powerful, primitive brains. 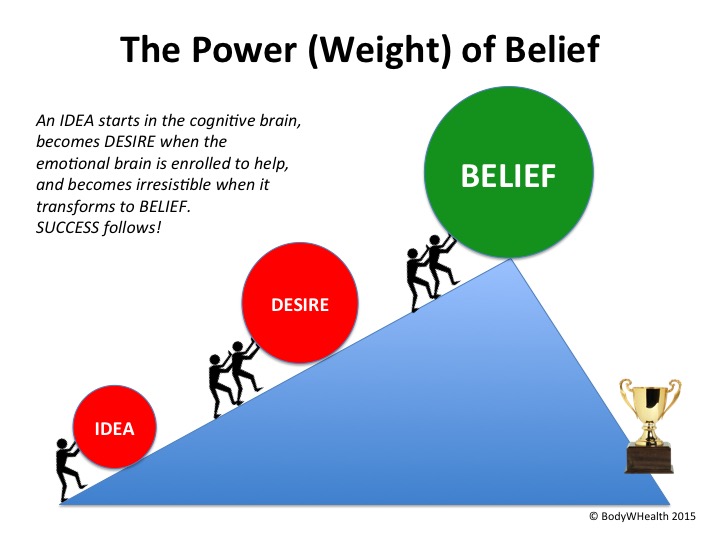 Reading this, two things should be clear. Success is elusive; a secret understood and mastered by only a few. More importantly, for substantial success, you need to align your entire brain behind your idea. You need to evoke the power of the cognitive and emotional brains in a desire so powerful that it overrides all impedances that the primitive brain will invoke. This is BELIEF.

In The Power of Belief we examine the journey from idea to success. In Activate Belief we explore the actions you can take to drive your own success using your understanding of the brain and its three magnificent parts.

How Do I Get Younger with BodyWHealth? (Q&A)
The Power of BELIEF: Part 2 of 3