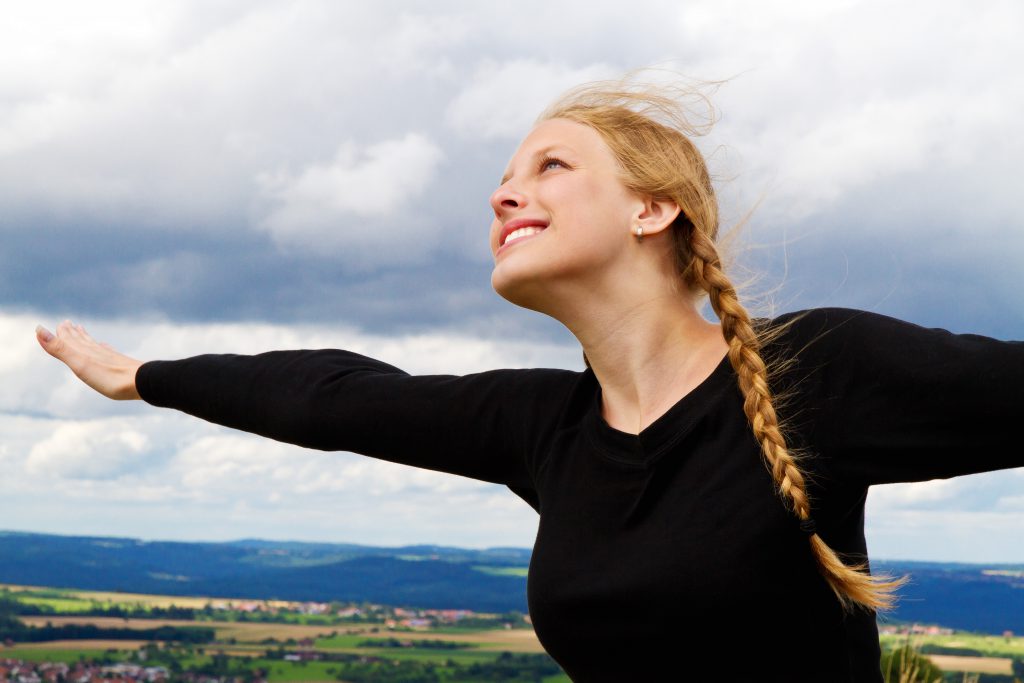 In The Anatomy of Belief we explored the three parts of the human brain and their roles in nurturing BELIEF, the most important and elusive ingredient to success. In The Power of Belief we explore the mental journey required taking a big idea to grand success. You will need this to attain BodyWHealth and every other big ambition.

The schematic below follows a big idea from inception through to grand success. The bigger the idea, the more powerfully you need to evoke the pathway to BELIEF. Once you achieve BELIEF, success is largely inevitable. If you don’t believe me, study any person that has achieved grand success with a big idea. Once they believed, truly believed, plans became actions, hopes became expectations, obstacles became challenges, and success followed. 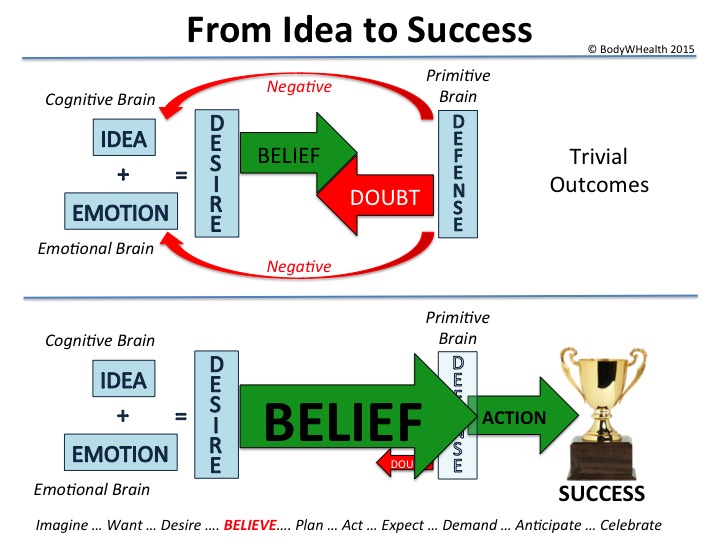 A big idea is generated in the cognitive brain. You now want something. When coupled with emotion, you transform want into a colorful, three-dimensional desire. But desire alone is not enough to overcome the retarding influence of the primitive brain that drives doubt, undermining our thoughts and hopes directly. Too many good ideas die at this stage. Even if we engage in activities towards our goal, doubt sabotages our efforts. More likely, we kill the big idea before we expose ourselves or start to work on it. It is helpful to understand why. Thoughts and ideas can be both positive and negative, as can emotions, and their strength is variable. Even when we have a positive thought, it could be coupled with a negative emotion (often the impact of doubt). The result? No progress. We can also hold a positive emotion with negative thoughts. The primitive brain drowns the desire, and again we have no progress. Only when the desire becomes so strong that we call it BELIEF, do we have the power to overcome the primitive brain and its accomplice FEAR, and the result is always SUCCESS.

The statistical projections associated with this model reflect real life. If we assume a 3:1 ratio of negative to positive thoughts, and the same for negative and positive emotions; and we assume that we are able to progress 1 out of 10 desires to belief, we end up with roughly 1 in 500 big ideas (or 1 in 500 people) becoming successful.

First, although we represent the process as a linear journey from left to right in the diagram, this is not entirely true in life. The interactions between the three levels in the brain are more iterative, more dynamic. This is not an instantaneous chemical reaction. Big ideas can take time as we wrestle with our primitive brain, before we finally overcome doubt with belief.

Second, belief and success can be situational. We can be more proficient in developing belief in some domains of our life (perhaps our professional life), while being less confident in others (like our love life, for example).

Third, as you can see in the graphic below, the number of people that are hugely successful is tiny. Similarly, the proportion of people that are hugely unsuccessful, who never achieve belief, and ultimately autodestruct is tiny. Larger numbers are moderately successful at triggering belief, with a similar proportion at the bottom end of the scale, wallowing in self-reinforcing doubt. The vast majority of us wrestle every day with doubt. On some days, we enable belief to get the upper hand and drive success, while on other days we live under the defensive cloud of our primitive brains. 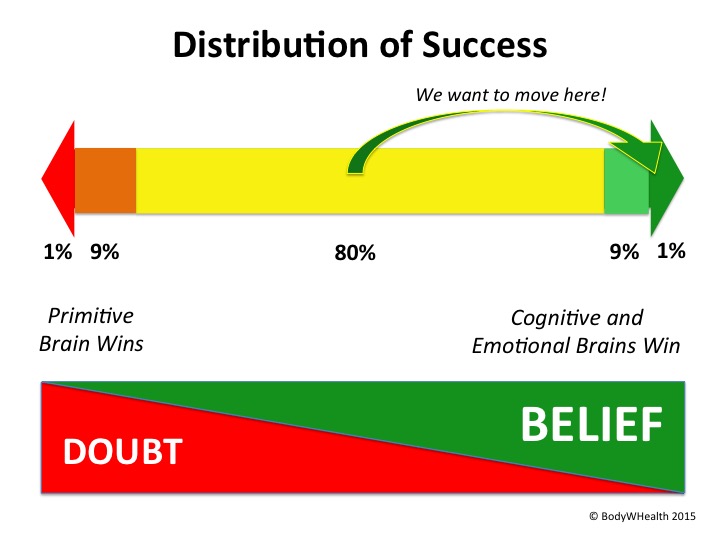 If we understand the roles of the three layers in our human brain and the relationships between them, and we fully appreciate the evolutionary power of the cognitive brain, and we closely observe highly successful people, we should be filled with optimism. We know that we can directly influence the cognitive brain, and we can influence the emotional brain indirectly through the cognitive brain. If we can learn to do this with sufficient strength and consistency, we can drive BELIEF and enjoy success. We will explore this in depth in the final article in this trilogy, Activate Belief.