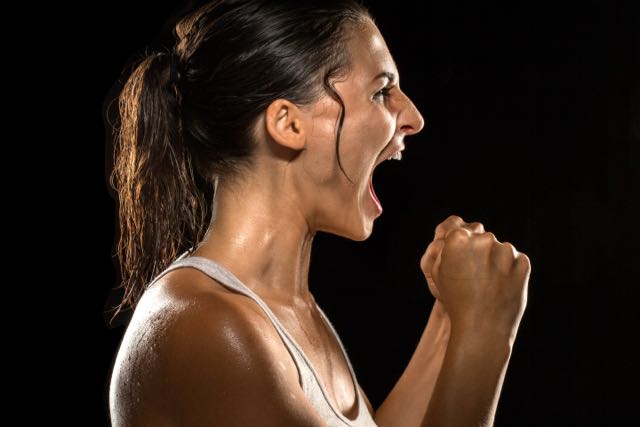 As a performance expert, I am frequently asked what drives winning. The answer lies deep within our magical human brains.

It’s almost a week since the closing ceremony of the Summer Olympic Games. I’m sure that the images of victory and defeat are fresh in your mind. None more so than the extraordinary feats of Michael Phelps and Usain Bolt. There were many other remarkable winners, many of whom didn’t collect medals; but the superhuman achievements of these two simply have to stand out above all others.

Why do we love the Olympics so much? Of course, we admire the achievements of individuals and teams. We get caught up in the excitement of great battles, and we are drawn by the deeply human stories that play out in every corner of the globe as the world’s best strive for Olympic glory.

Over-and–above these, I’m sure that what attracts us all are the striking parallels we see in our own lives. In the kaleidoscope of the Olympic stadium, we recognize our own daily challenges, and our many victories and losses. What can we learn from the great quadrennial?

I have frequently been asked by the elite athletes I work with to identify the most important driver of sporting success. There is little doubt in my mind that the most critical ingredient is not a physical attribute, a training technique, or a technical superiority. I believe that these certainly differentiate good athletes from the not-so-good, and the good from the best. Of course, there are the dramatic outliers, whose physical prowess or technique simply force them to the top of the winner’s podium. I believe that both Phelps and Bolt fall into this category. But in a field of more comparable athletes, and in day-to-day life outside of the Olympics, I believe that the single greatest predictor of performance is mental attitude.

I offer you two pieces of evidence that support my position.

First, close your eyes and picture the most successful people you can imagine. They need not be athletes or sporting heroes. They can be politicians, business people, artists, educators, spiritual leaders or healers. When you picture a list of the most successful people on earth, with very few exceptions, you will recognize a profound assuredness, a deep confidence, a pervasive belief in self and purpose. You will find it in their eyes and body language, hear it in their words, feel it in their touch, and see it in their actions.

Secondly, if you scrutinize your own life, and examine your frame of mind through a series of victories and defeats, I’m sure that you will instantly agree that your self-confidence has a direct correlation with success. Compare your mindset across a range of achievements in a single domain of your life, such as a sport, or work, or parenting, or relationships. Do the same between several different domains, some that you do well in, and others where you struggle. I have little doubt that you will agree that when you enjoy profound trust in your abilities you are substantially more successful than when you doubt.

This is the power of BELIEF, which is, in my opinion, the single greatest driver of human achievement.

I have written extensively about the power of belief. It has deep origins in our evolutionary neuroscience. As Mother Nature has sequentially improved on our magnificent brain, she has added complexity and power.

Our primitive reptilian brain ensures our survival. The oldest component of our brain, it uses the power of fear and doubt to keep us safe. It is the voice that shouts loudly as we go into the final heat, or the big meeting, or the new adventure, warning us of danger. It urges us to avoid shame and embarrassment, it directs us to conserve energy, and it challenges us to reduce risk.

The most advanced part of our brain is our cerebral cortex, or cognitive brain. It is responsible for thought and reason, and works alongside our emotional brain to counter the inhibiting influence of our primitive brain. It is the voice of hope and courage.

Your level of confidence is the sum of all the voices that you hear at any moment in time. When your protective reptilian brain is loudest, you doubt. When your cognitive brain prevails, you believe. When you believe, you succeed.

You have no control over your primitive brain. It does its job perfectly. It is always at work, and for many reasons, this is a good thing. In contrast, the greatest human gift is that we have complete, voluntary control over our cognitive brain. We are always able to modify the volume and intensity of the voice of our rational brain.

In my opinion, this is the secret to Olympic victory. Those athletes that are best able to control the balance of these two inner voices win medals. And it’s true in all other domains of life too.

It doesn’t come naturally, because the drive for survival is so important to every species, including humans. The natural default is for self-preservation. Each of us can, however, learn to influence our internal mental struggle towards belief. With openness, diligence and practice, winners begin to see challenges as opportunities. They see the success of others as an encouragement and invitation to do better themselves, rather than diving into negative comparisons and self-criticism.

As we close the chapter on the Rio Olympics, let’s all find the little boy or girl inside of us who stands at the side of the track or pool, wishing we could be that winner. Let’s take them by the hand, and bring them to the mental training grounds where they must learn about belief, practice belief, and finally master belief in order to unlock their very best.