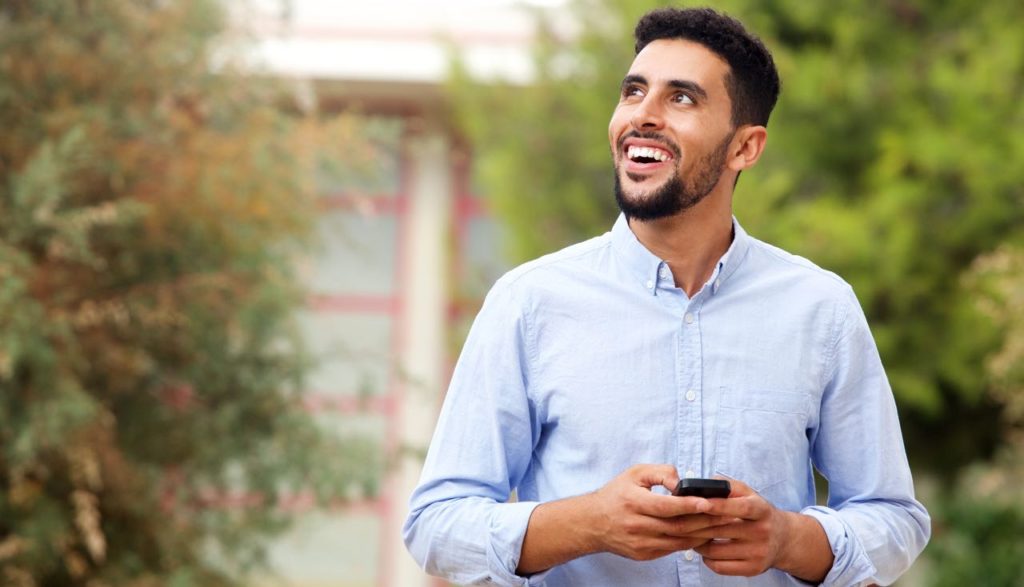 Getting Out of My Own Way, in Montreal

Are you sad or lonely? And you don’t even understand why? If you are, there may be a simple answer … and it’s closer than you think.

I was lonely and sad one night this week.

I was walking the streets of Montreal. I had two days of meetings, and it was the evening in between. I hadn’t reached my 10,000-step daily target, so I decided to hit the streets.

The sidewalks were busy. I was surrounded by Québécois, international visitors, and the local student community returning for the new school year. The mood was upbeat, and people were happy. As I climbed the hill through the well-known McGill University, I walked amongst excited, fresh-faced college students on their way to an open-air concert.

Montreal is a beautiful city, and the faces around me reflected this.

Yet, I was sad and lonely—despite being surrounded by happy people!?

As I walked through a leafy park, a green haven in this urban jungle, I received a text message from one of my beautiful daughters. An invisible spark of self-insight came attached to the digital message.

“My feeling of loneliness was just that … a FEELING.”

Was I actually lonely?

Not really. I was surrounded by happy people, and my lovely daughter could reach me across the continent with the help of Steve Jobs and the silicon chips inside our phones!

My loneliness was only a feeling.

Correction. It should have been only a feeling. In truth, it was more … it was a feeling with painful consequences.

Because I had “owned” the feeling, I had closed down. I had interpreted the feeling as fact and had drawn the conclusion that I was actually lonely.

In making this conclusion, I impeded the relationship between my mirror neurons and the outside world. These ingenious nerves inside our brain are so powerful that they feel someone else’s pain as our own … or, relevant on this night, somebody else’s happiness as our own!

Because my mirror neurons were not reflecting happiness, I became starved of dopamine, serotonin and oxytocin, the hormones of happiness … and so I WAS SAD!

There was no denying the biological reality: I was sad and lonely, at a biochemical level!

My protective neurobiology encouraged me to close down. Once I decided I was at risk, Mother Nature took care of the rest. She fortified me behind strong brain boundaries, and I became alone … safe, but unhappy!

Fortunately, my daughter’s text message dramatically shifted my visit to Montreal. It may have a dramatic impact on your life too … if you choose!

I was free to start this psycho-biologic cascade in a different way.

“What if I concluded that I was in a happy place, surrounded by people with good energy who were not only unthreatening, but probably motivated to see me happy?”

With a single thought, I had chosen to distance myself from my protective neurobiology. Instead, I had chosen the path of happiness for which we are perfectly designed.

I headed back to my hotel room. I had not only completed my 10,000 steps (inviting a regenerative physical state), but I had profoundly boosted my emotional condition.

We stand in our own way too often!

We are seasoned experts at limiting our own health, happiness, and prosperity!

This should not be!

Thank you for joining me on this wonderful journey to Personal Mastery—a destination where we systematically disengage our protective neurobiology, availing ourselves of the deep riches inherent in our natural design. This is our birthright!

“Sapiens”, by Yuval Noah Harari
Are You Standing in Your Own Way?