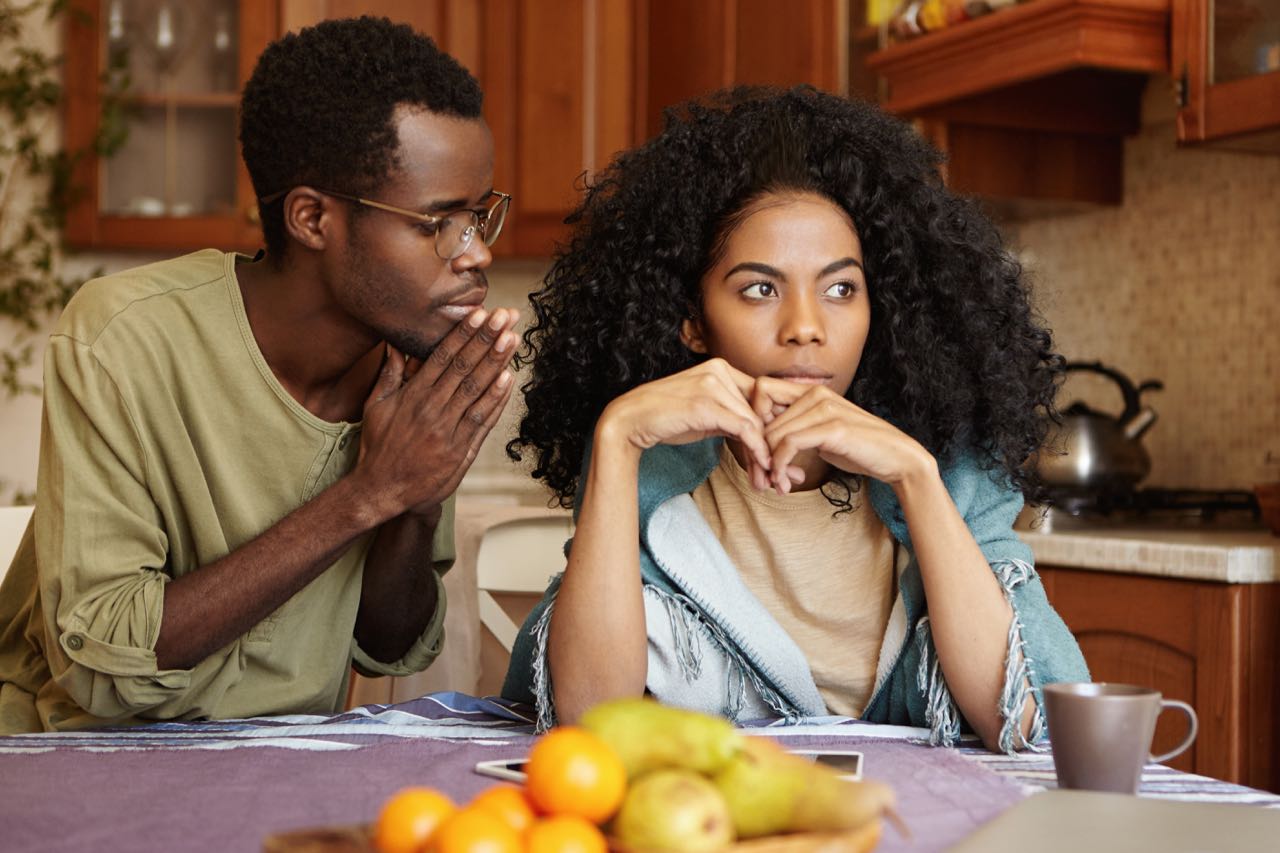 The average couple argues 19 times a month, at an average 40 minutes per day. Given this alarming prevalence of disharmony, we would all do well to master the art of apology.

One rainy day, Harvard Business School researchers sent a student into a train station to ask commuters if he could borrow their cell phones. With half the people, he made a direct request. With the other half, he started by apologizing for the rain before asking to borrow the stranger’s phone.

The superfluous apology (the rain was hardly his fault) made strangers 5 times more likely to trust him with their phone—a graphic demonstration of the value of empathy, and the power of a simple apology!

The Science of Apology

Surprisingly, there is very little research into the science of apology. I’m not sure I can explain the reason for this deficit, given that it plays such a vital role in healthy relationships.

In the most comprehensive study to date, social scientists from Ohio State University ranked the importance of 6 elements of an apology. They found that effective apologies contained most, or all, of these elements.

Most important is to acknowledge responsibility (“I made a mistake.” And “It’s my fault”.)

The next most powerful element is to offer to repair the situation. Most of us understand that words are cheap. So, when you offer to make amends for your wrong, people believe you.

In this study, expressions of regret, and declarations of repentance were both important, followed by explanations for what went wrong (although many practiced communicators will warn that explanations may erode the perceived sincerity of your apology).

It turns out that the least valuable element is to request forgiveness … but it won’t do you any harm, either!

You may now be tempted to carefully plan your next apology to include all of these basic elements. You may even rehearse what you’ll say—determined to have the offended person hear your apology the way you intend it. But I believe that there is one key principle not explicitly identified in this research that you will find invaluable.

The Real Secret to a Good Apology

Have you ever wondered why people shout when they get angry, or when they argue?

The answer is confoundingly obvious! We raise our voice when we think we have not been heard.

So, I propose that the fundamental secret to a successful apology is to show the offended person that they have been heard.

I once overheard a beautiful conversation between a young mother and her angry toddler.

Actually, the little boy was beyond angry … he’d just thrown a major tantrum. He had opened his lunch box to find that his favorite snack was missing.

“Because I’m very hungry”, he snorted.

“Is that all?”, she politely probed.

“No. You left out the cheese”, he blurted.

“Is that all?”, she questioned.

“No!”, he pouted. “You always give John his favorites”.

“Is that all?”, she calmly inquired.

“No! I think you love him more than me!”, he announced, the storm finally appearing to lose its fury.

At this point, she gently held his hands, looked into his eyes, apologized for forgetting his favorite snack, and assured him that she loved him every bit as much as she loved his brother.

The offended child, and the captivated onlookers had no doubt at all that the little guy had been heard! And life continued smoothly.

Try preceding your next apology with this powerful question, repeated as many times as you need. It will help you to probe the depth of the offended person’s pain, setting you up for a meaningful apology … once they have been fully heard!

Now, I just have to remember to follow my own advice in my own life! J